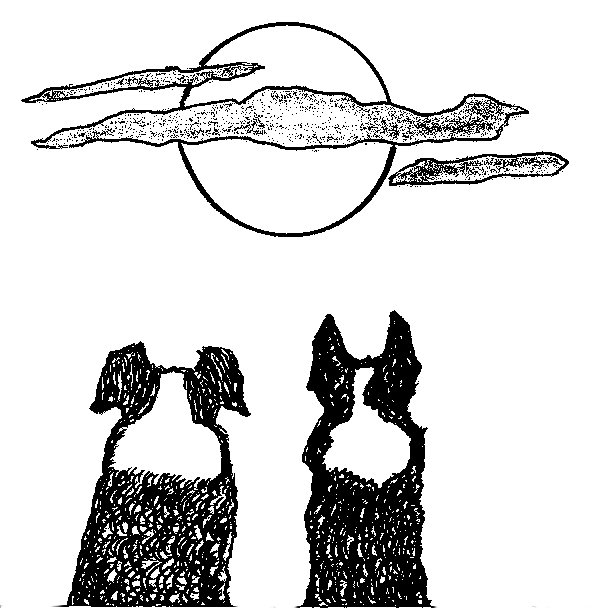 The Rearing and Development of the Puppies

The Rearing and Development of the Puppies

Some fifteen days before the due date, the mother comes to live with us at home - she is the centre of our attention in the days leading up to the birth. Both the mother and the puppies live in the house until more space is needed for them to run around in and play.

The following information is to do with the development of the puppies and what we do in order to ‘socialise’ them as much as possible:

During the first seven days of his/ her life - the ‘neonatal’ period - the puppy’s changes are more physical. At this moment, the puppy is 100% dependent on his/ her mother: she feeds him/ her, keeps him/ her warm, cleans him/ her and teaches him/ her how to go about his/ her business by licking the anogenital area in order to help him/ her urinate and defecate. The puppy’s eyes and ears are still closed, meaning that they have a weak sense of taste and smell. This is the most critical period since the puppy is susceptible to just about everything - temperature changes, illness, rejection, accidental asphyxiation… But do not worry! We are on hand to ensure that every single one of our puppies is okay; from dusk until dawn; sunrise to sunset. 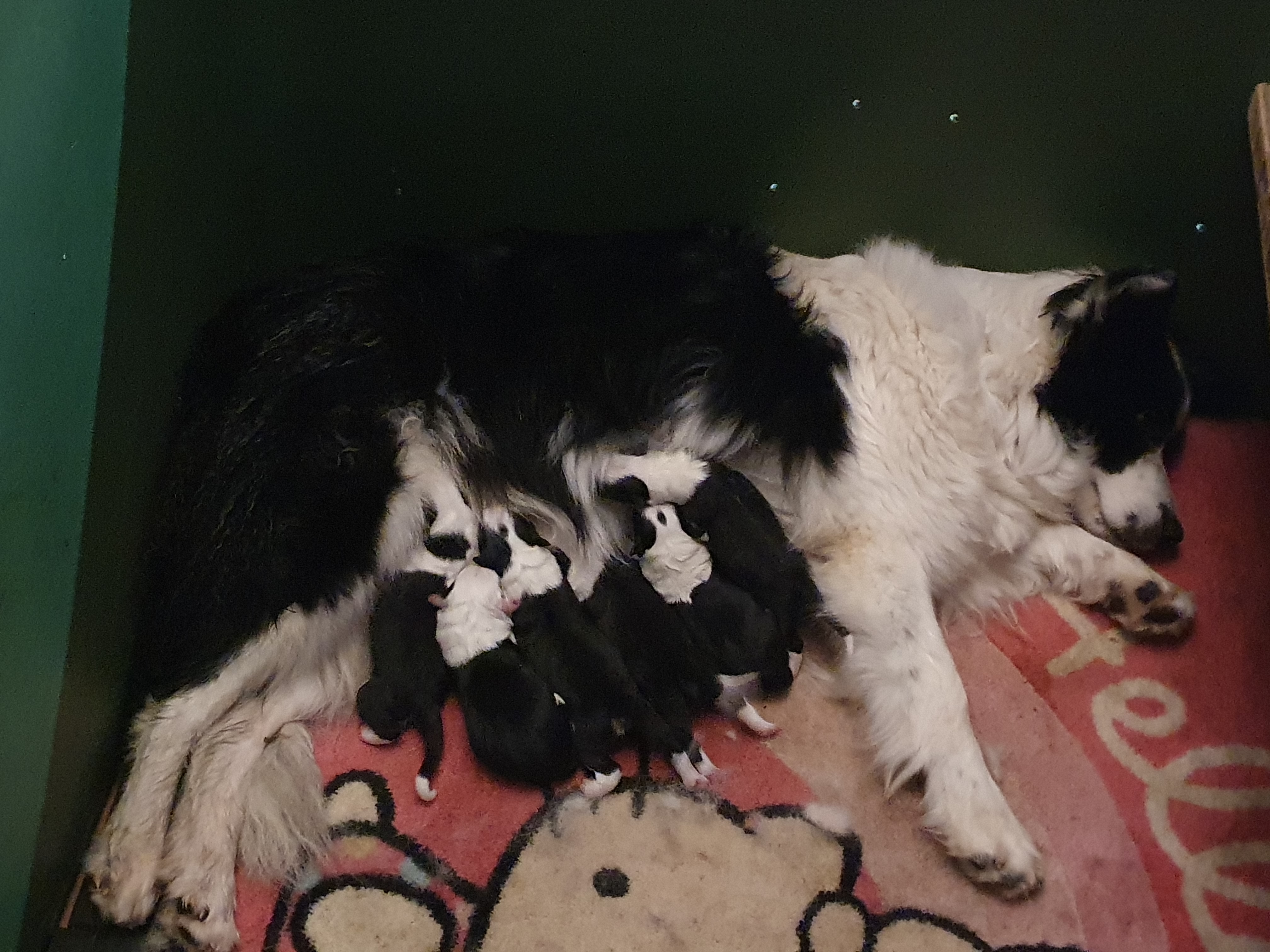 When they are born, these beautiful dogs look like tiny balls of damp fur - watching their development always takes our breath away. No sooner are they born, they start crawling around and feeding! 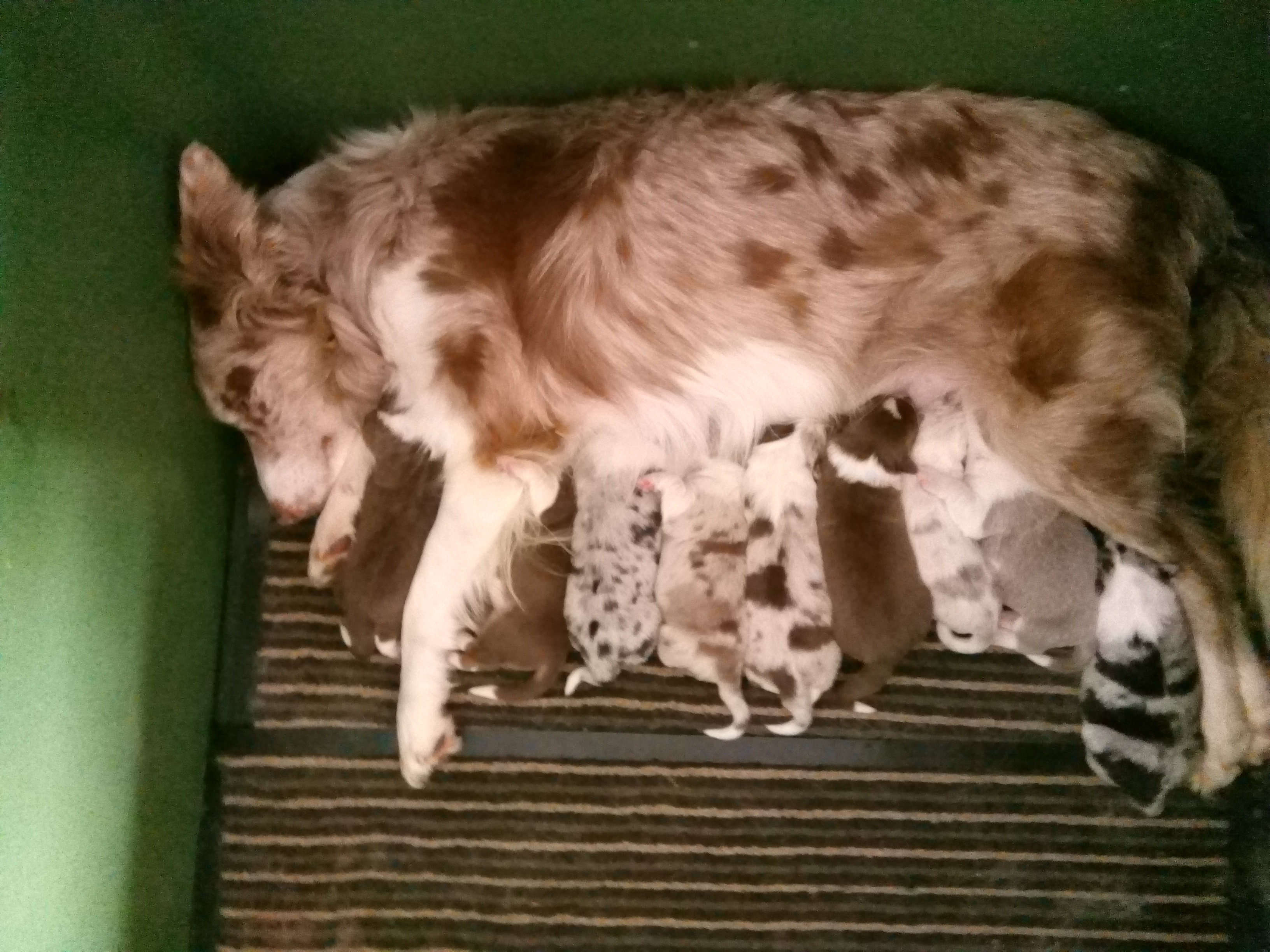 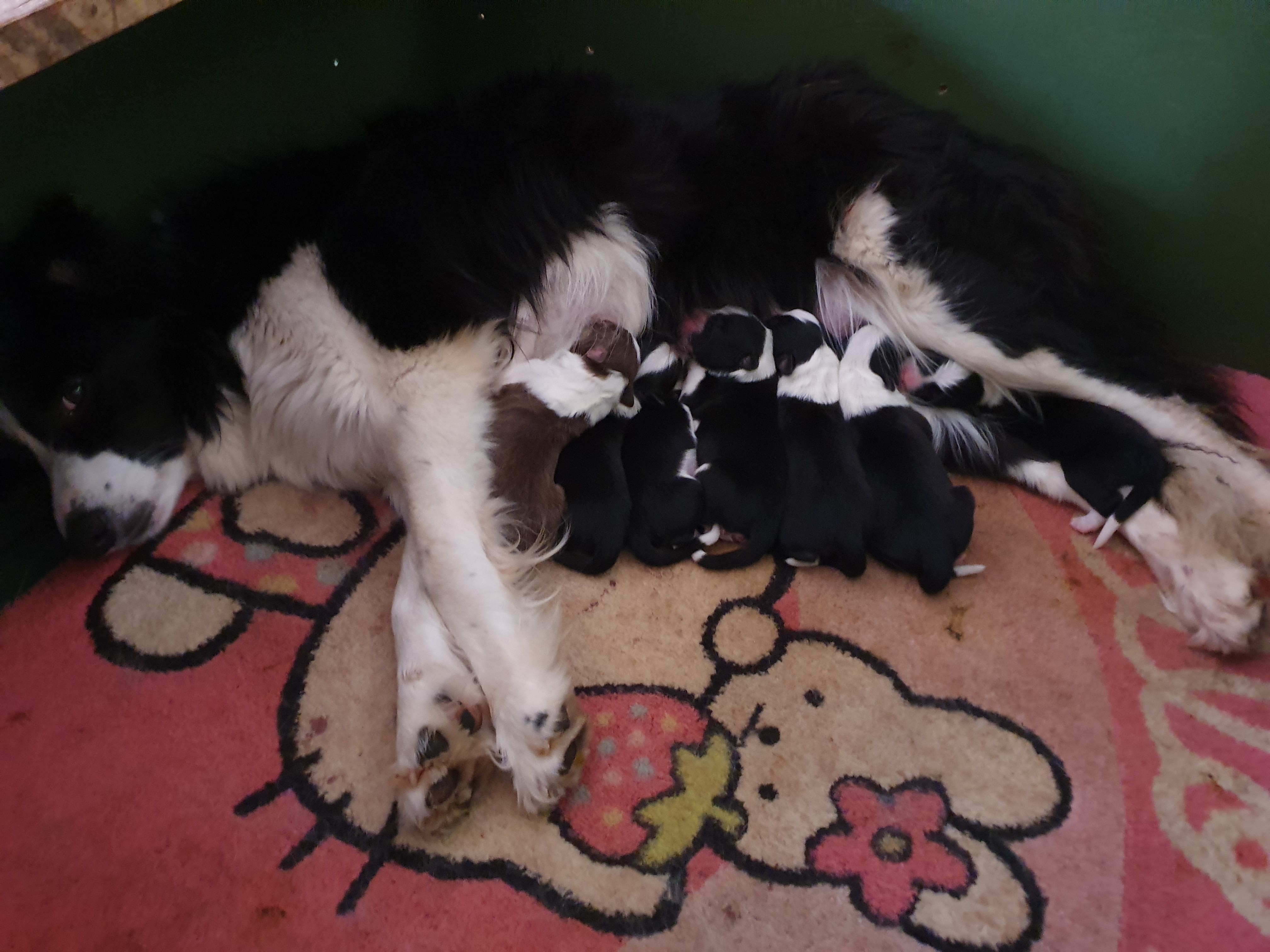 During the second week of their life, the puppies start to look more like one would imagine; they begin to open their eyes and unfurl their ears. Furthermore, they start to develop basic coordination skills and, occasionally, they crawl or stumble to their paws. The puppies also sleep and eat a lot (every two hours, on average) - after all, they are babies! 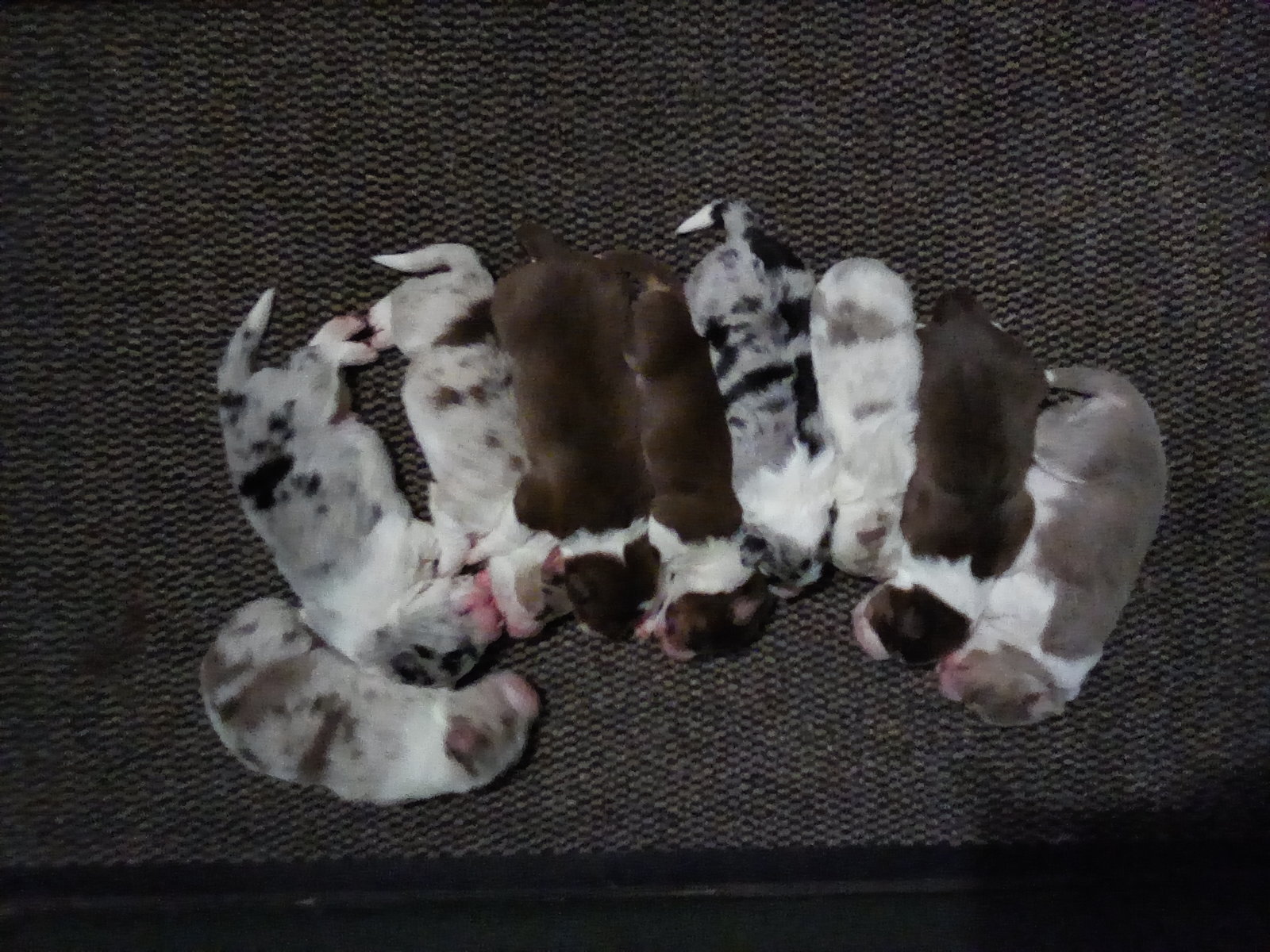 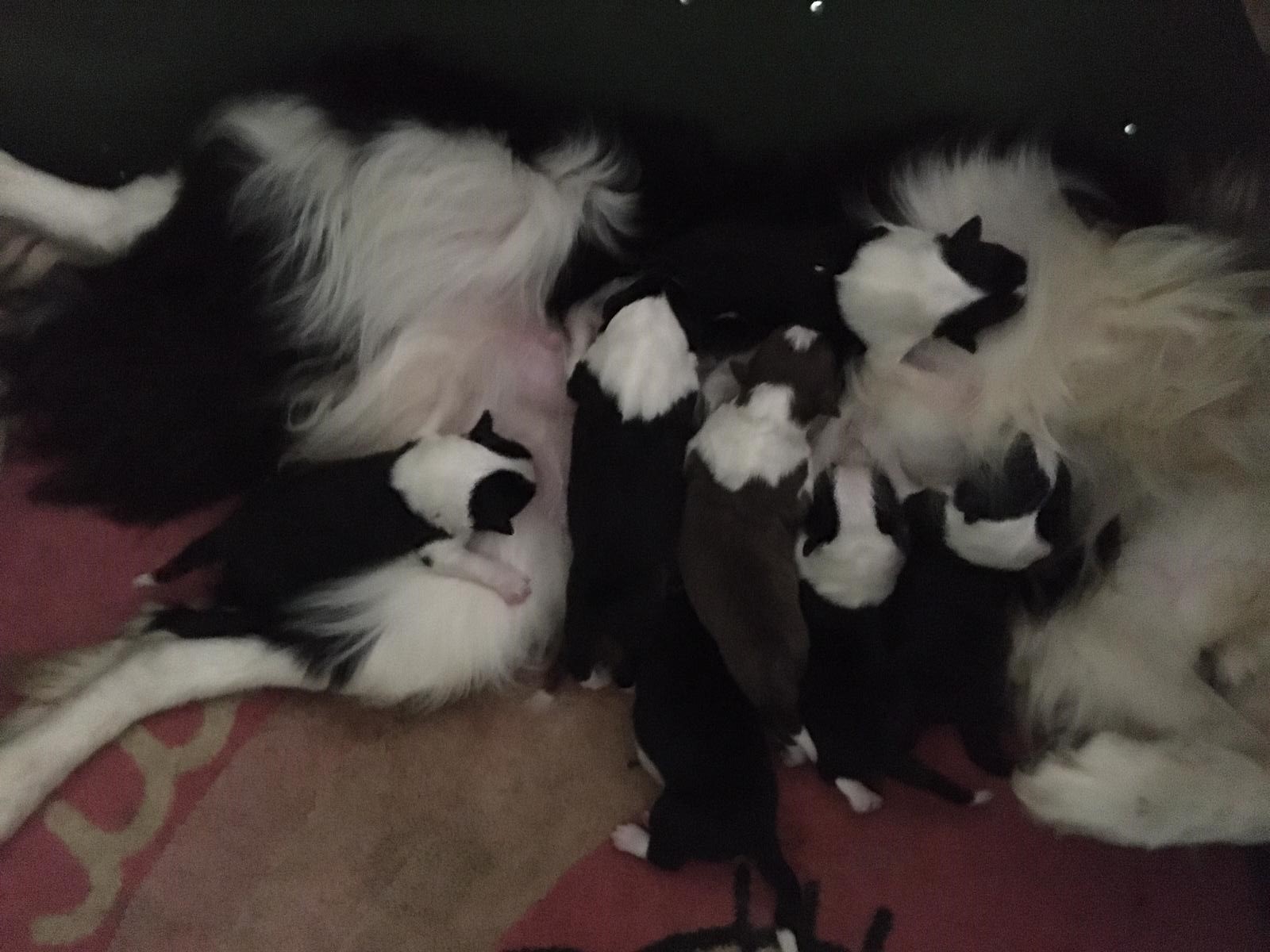 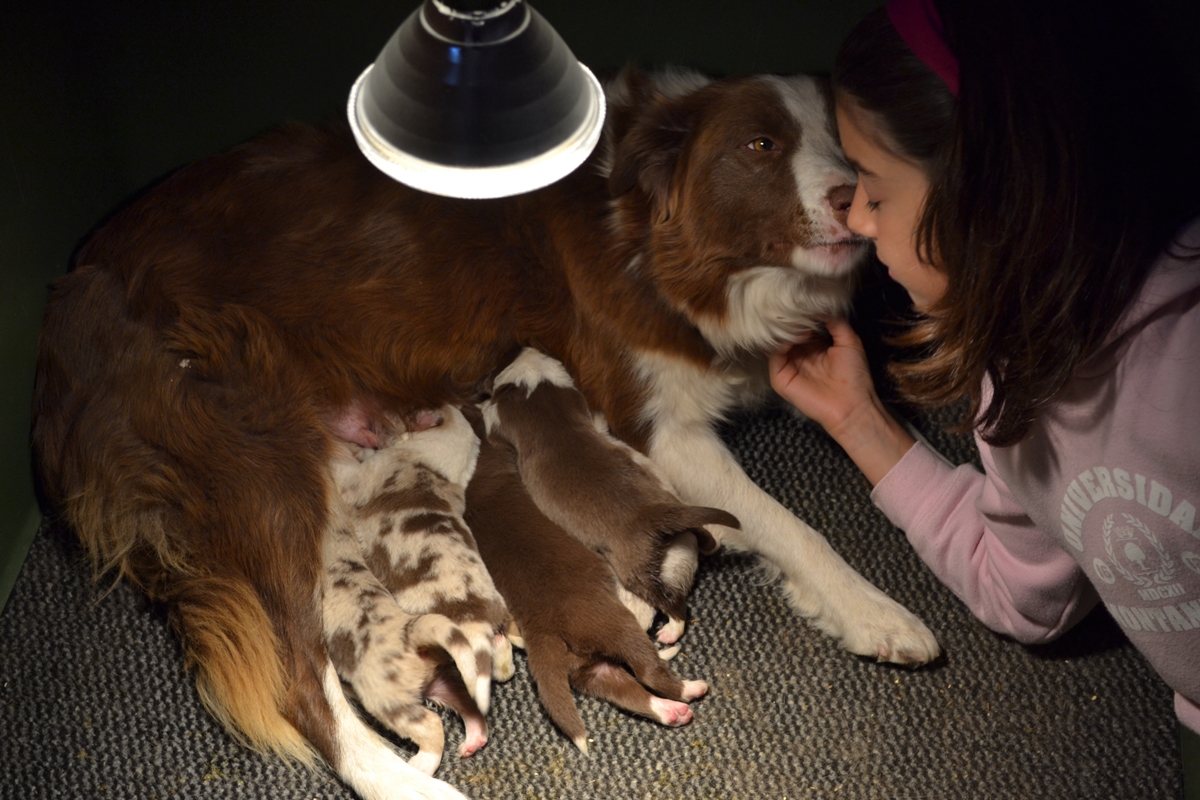 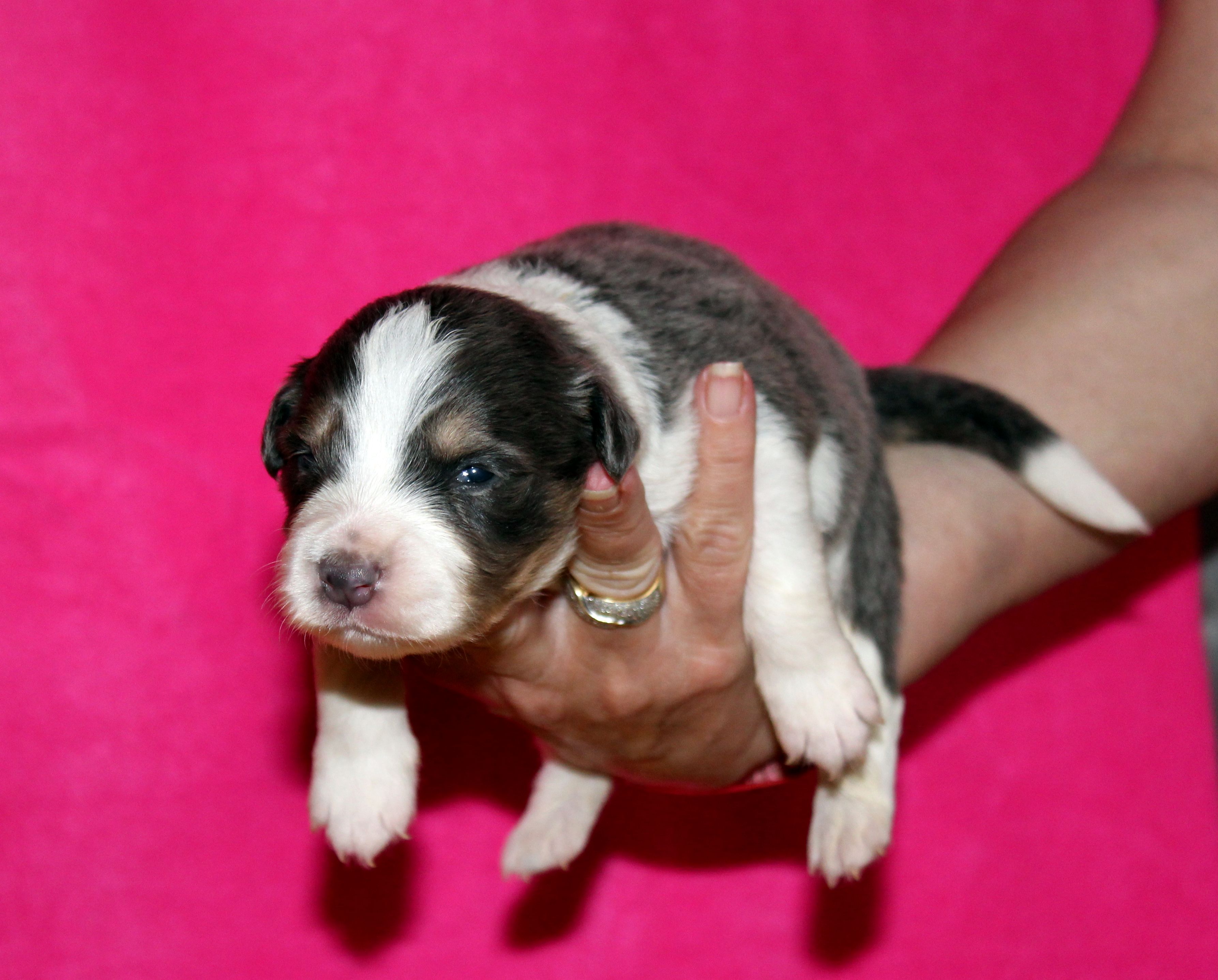 The third week is a period of transition; consequently, it is possible to see a significant change in their social development. At this point, the puppy will begin to have more ‘adult-like’ characteristics - for example, he/ she will play with his/ her siblings, vocalise, move his/ her tail and even go about his/ her business without the assistant of his/ her mother!

Independent of whether they are breastfeeding or not (our puppies tend to breastfeed for close on six weeks), we start to feed them a special puppy pâté in order to ensure that they have the necessary nutrients, vitamins and caloric intake. 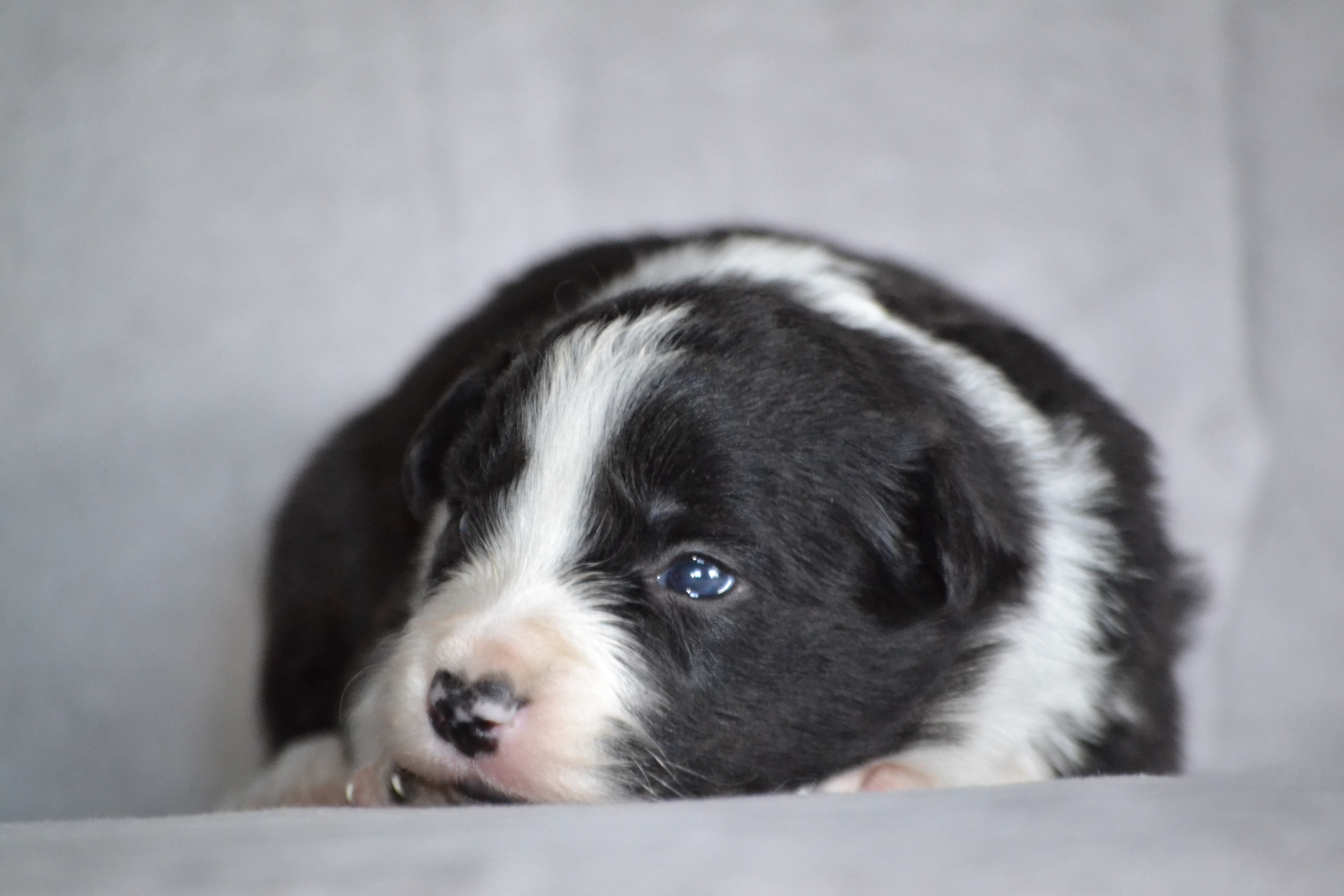 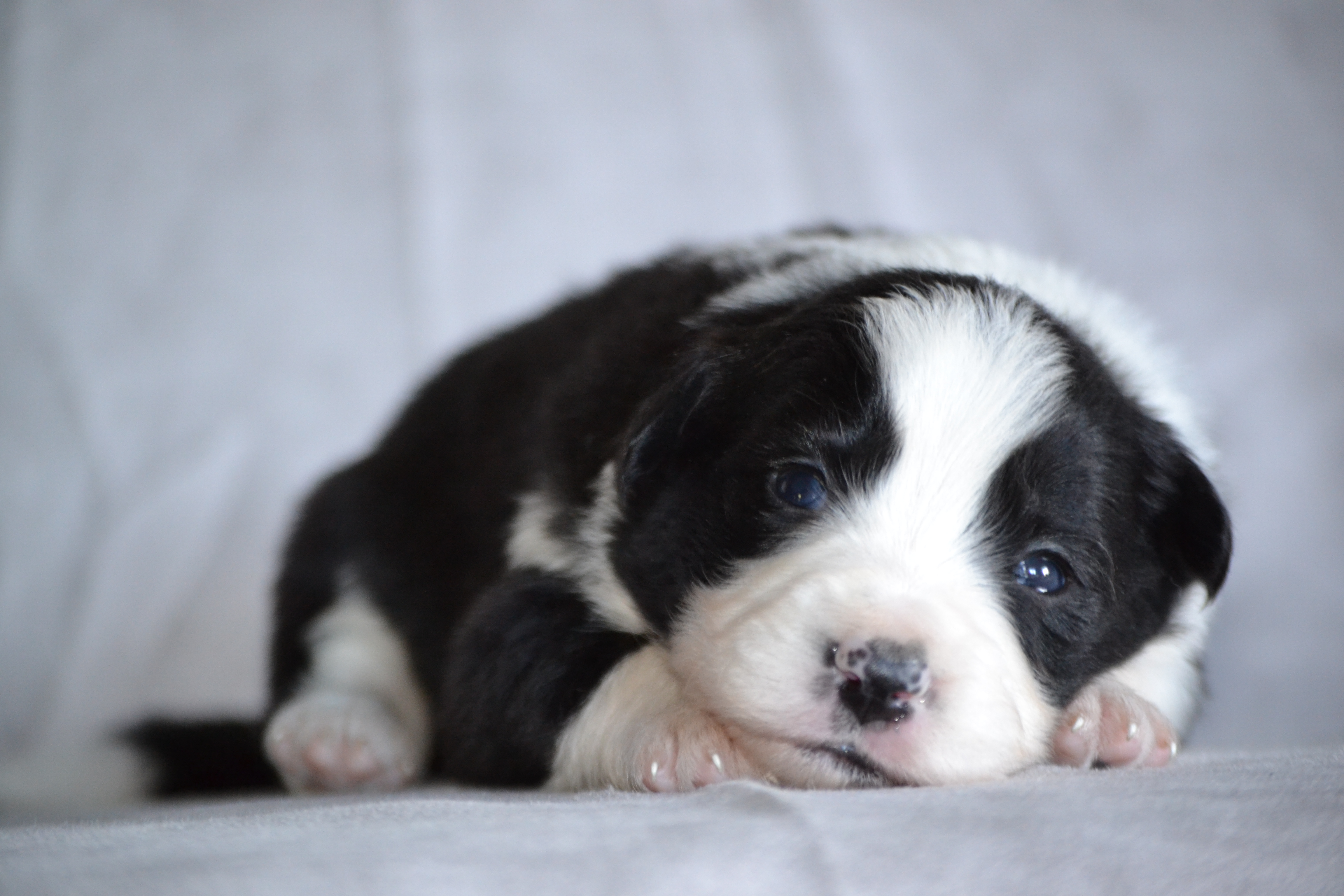 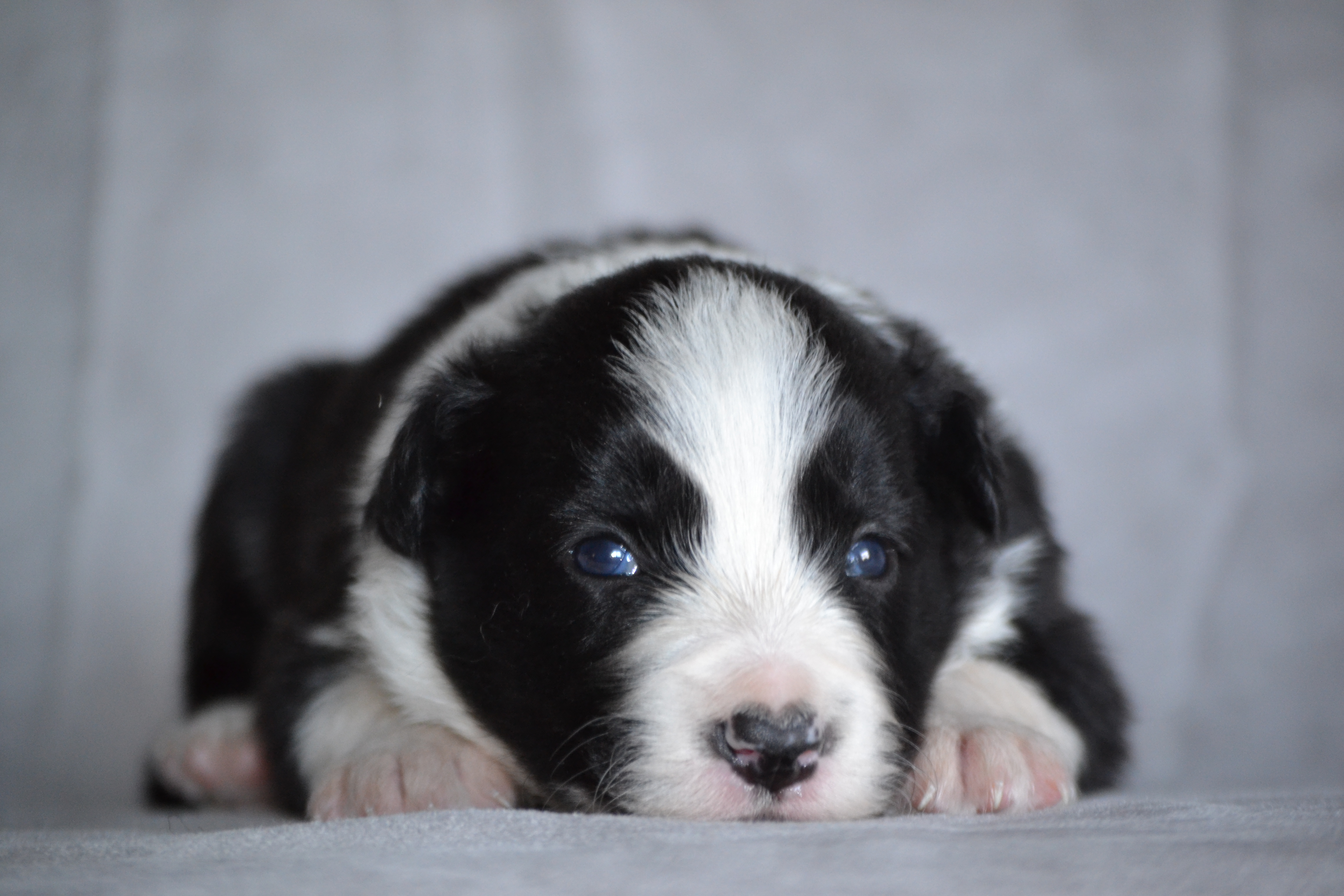 As of the fourth week, we begin the puppies’ period of socialisation.

By the time he/ she is a month old, it is discernible that puppy’s confidence is growing and that his/ her character is developing. The puppy will now show emotional reactions and responses (dominance, timidness, fear…) while his/ her curiosity and desire to play will have awoken.

In general, this is when we start to introduce the puppies to the other dogs (step-by-step or ‘paw-by-paw’, if you will) and we expand their play area. This is an important step since it enables the puppies to realise that there are other dogs out there as asides from their mother and siblings - furthermore, it gives them the opportunity to explore unknown terrains together with playing in a bigger area.

At this point, we also begin to put newspapers down so that the puppies learn to go about their business on top of them: consequently, when the puppy is in his/ her new home, he/ she looks for the newspaper and hence the transition period is far easier for both the puppy and his/ her new owner alike! 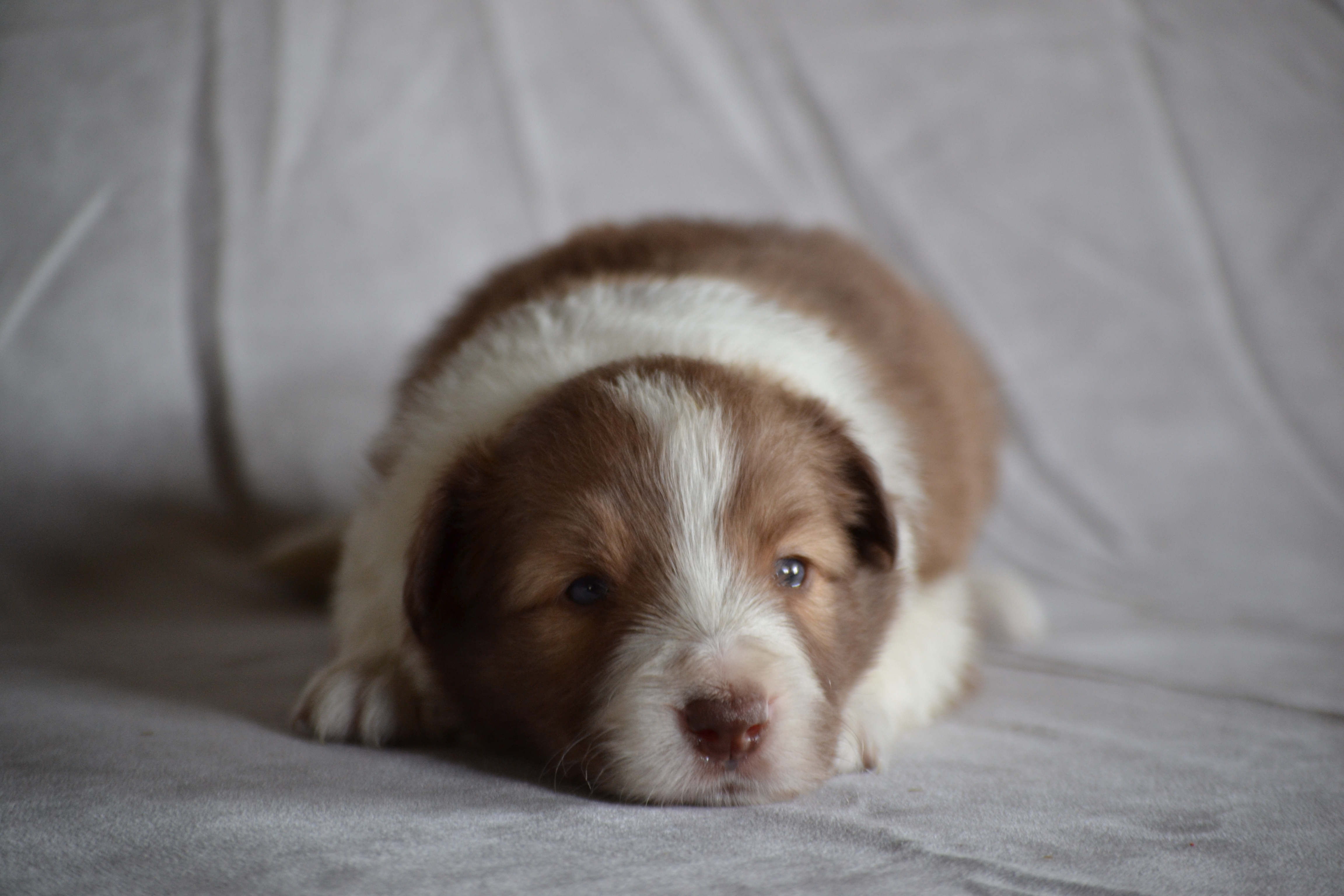 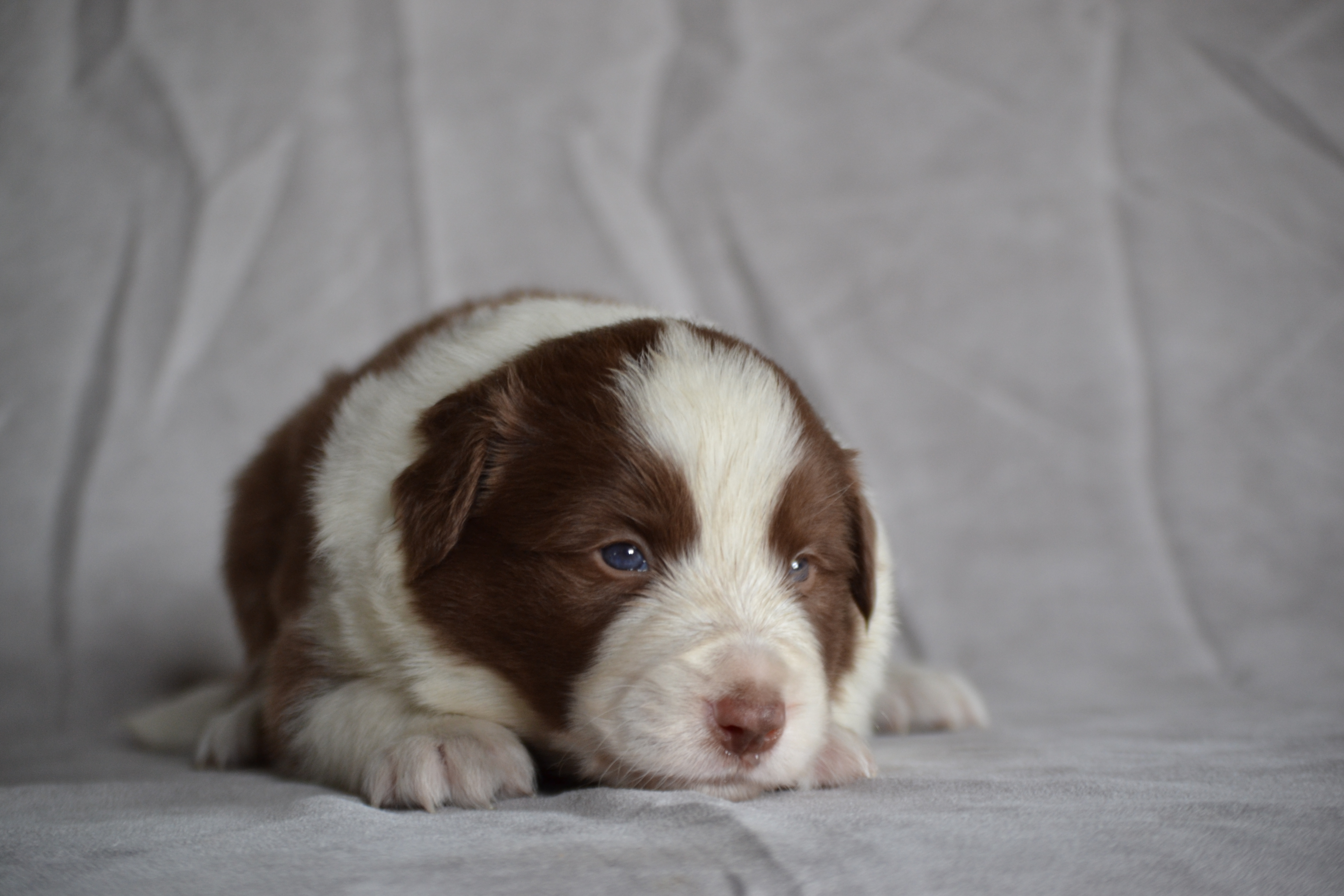 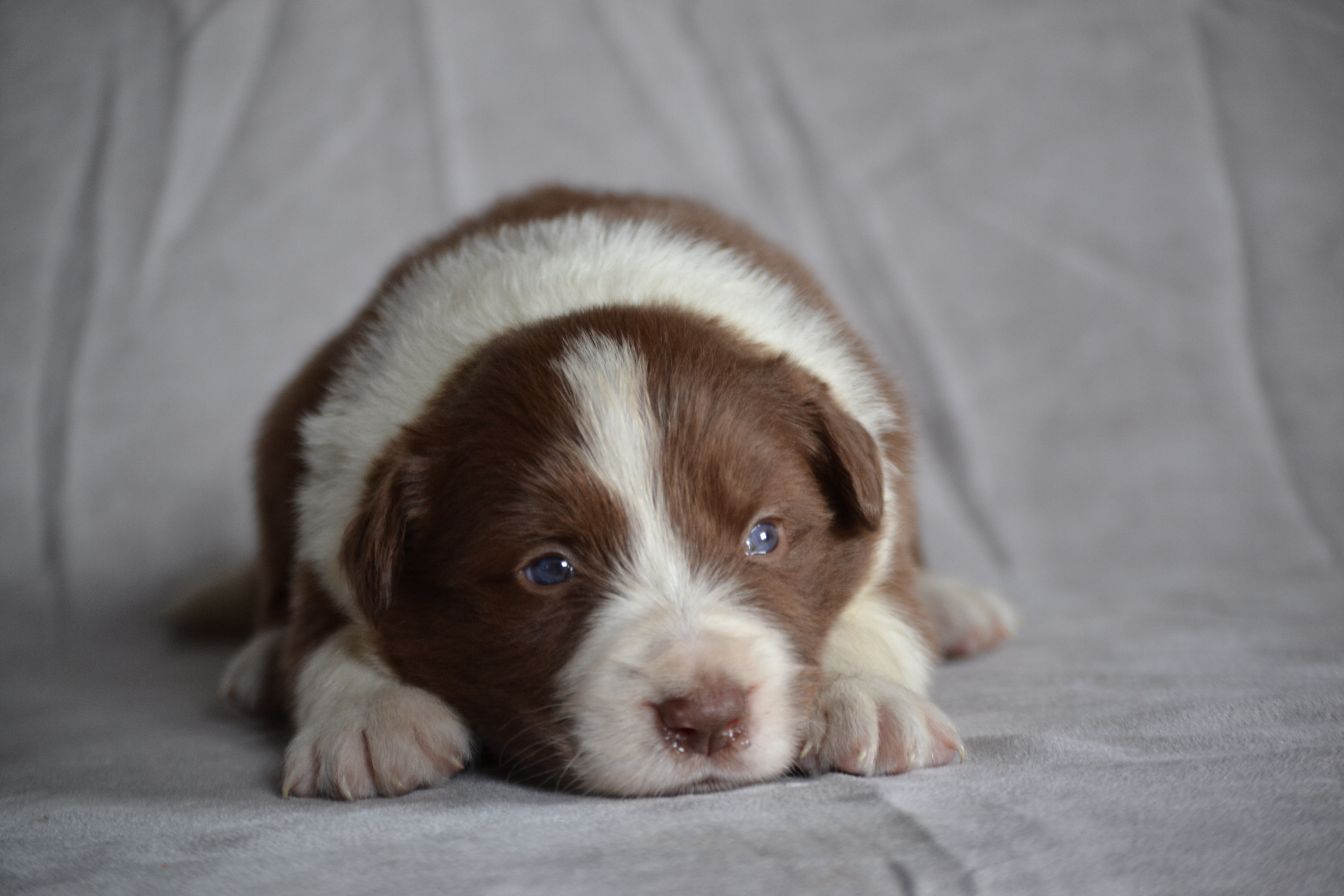 During the fifth week, the personality of each puppy is consolidated and the hierarchy of the litter is clearly visible (however good and quiet they are, there will always be a more dominant character). At this age, the puppies begin to clean themselves, get into mischief, investigate… All to increasing degrees on a daily basis.

We also help the puppies psychomotricity with different games and playthings: they have toys that make a sound, some that move, others that are purely for purposes of biting/ chewing… The puppies have a special-sized staircase at their disposal so that they learn to both climb and descend, a tunnel to scamper through, a balance table… The list goes on! The puppies are also exposed to different sounds so that they are not easily spooked later on down the line. In addition, we often play music for them; not only does this help to relax and stimulate them (genre-dependant, of course) but it also provides them with company when we are not around.

Here at Los Baganes we are by our puppies’ side every step of the way. 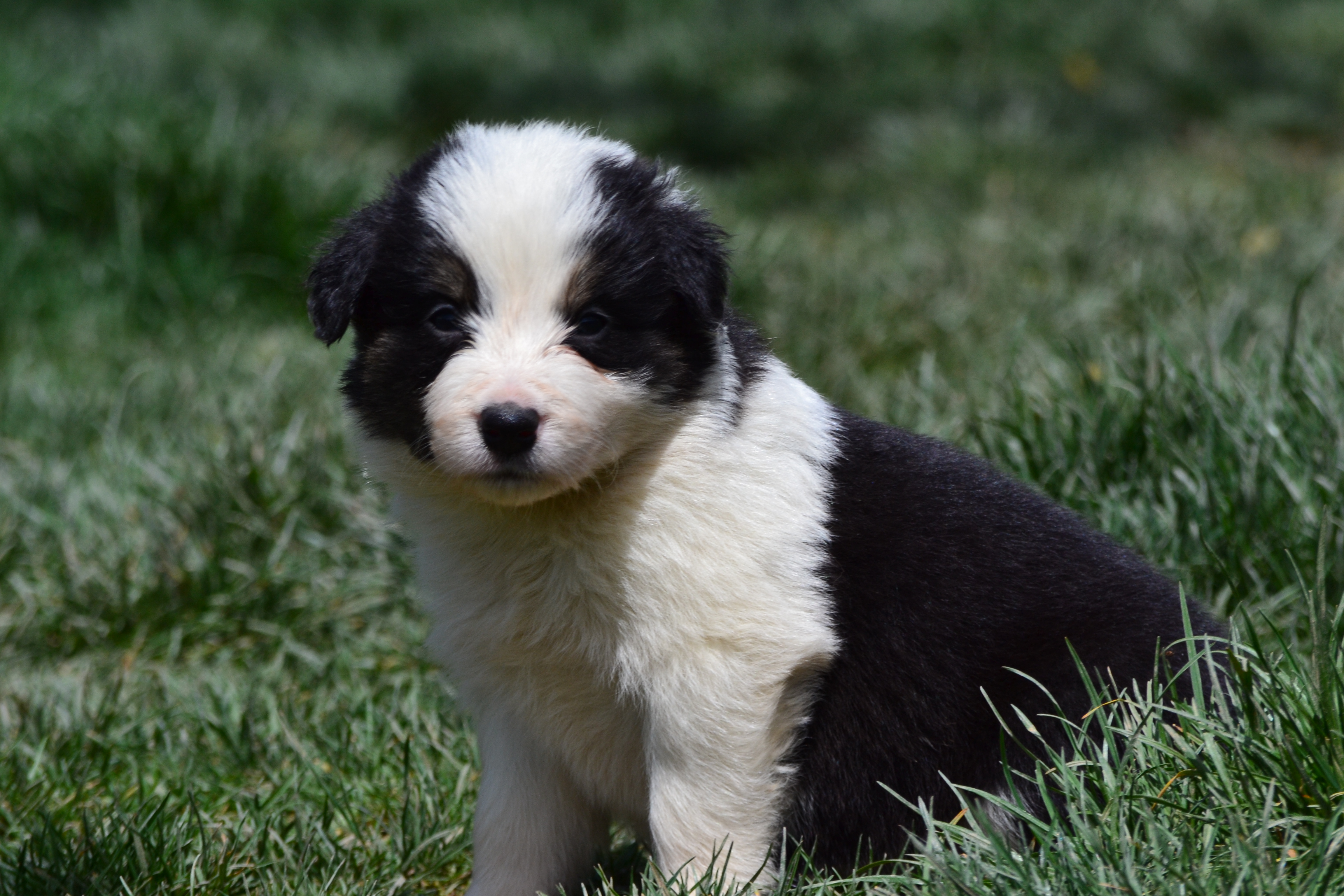 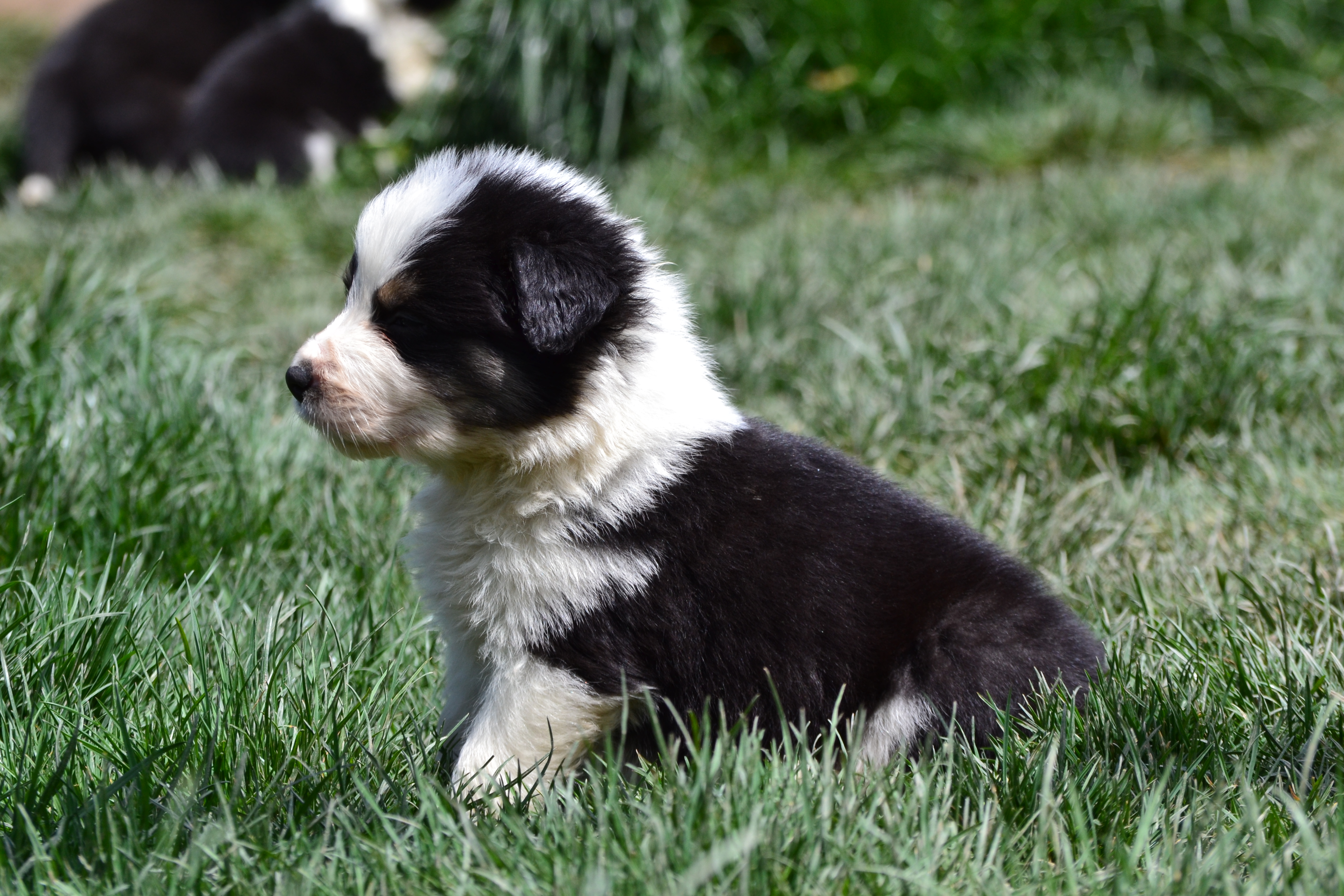 By the time that the sixth week rolls around, the puppies are more receptive to human beings and they begin to adhere to little routines: their mother plays a key part given the fact that she will start to scold the more dominant puppies and encourage the quieter ones.

With regards to food, we now begin the transition to feed (all on a ‘drip-feed’ basis) and, if the puppies have been weaned, we also give them natural (sugar-free) yogurt). 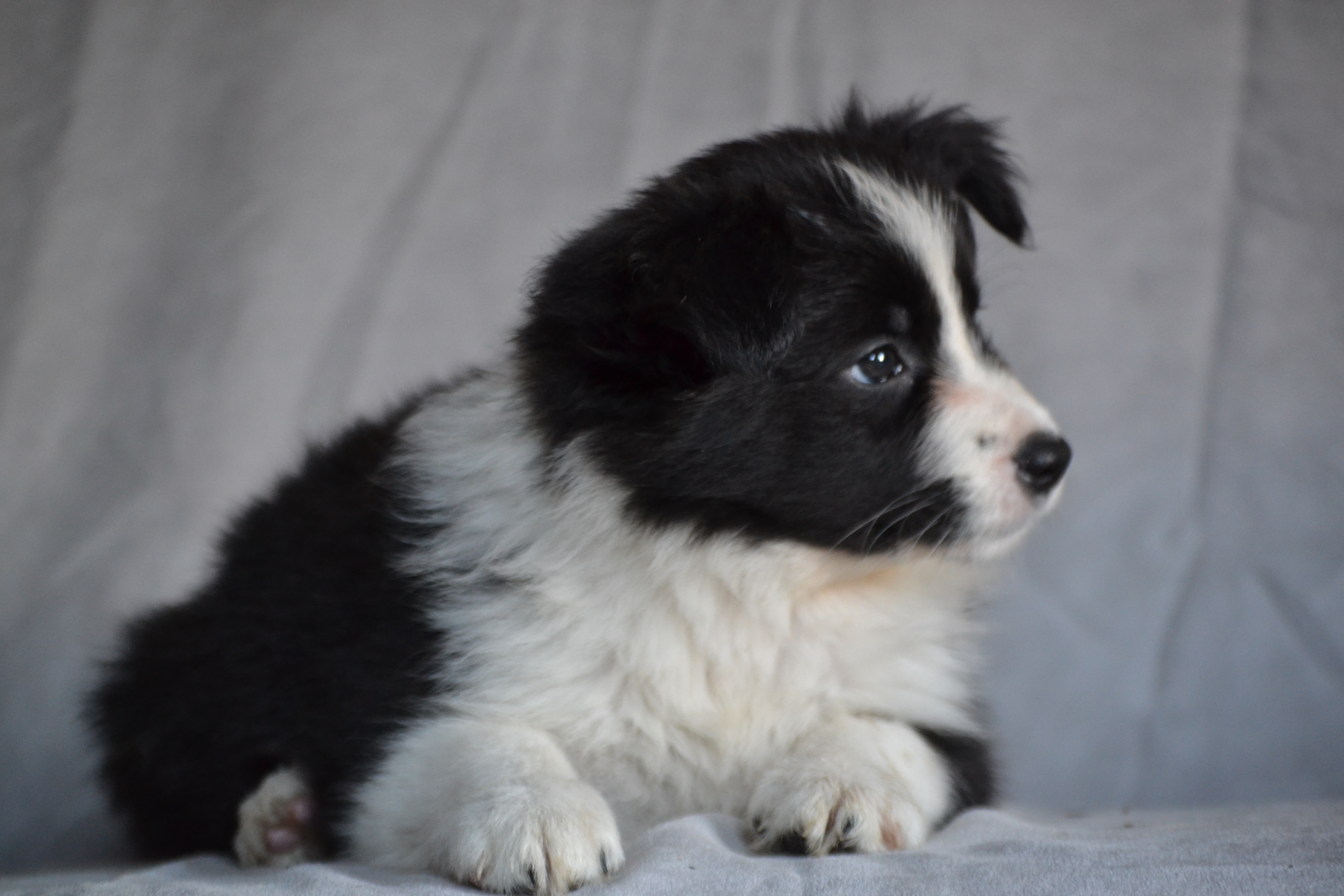 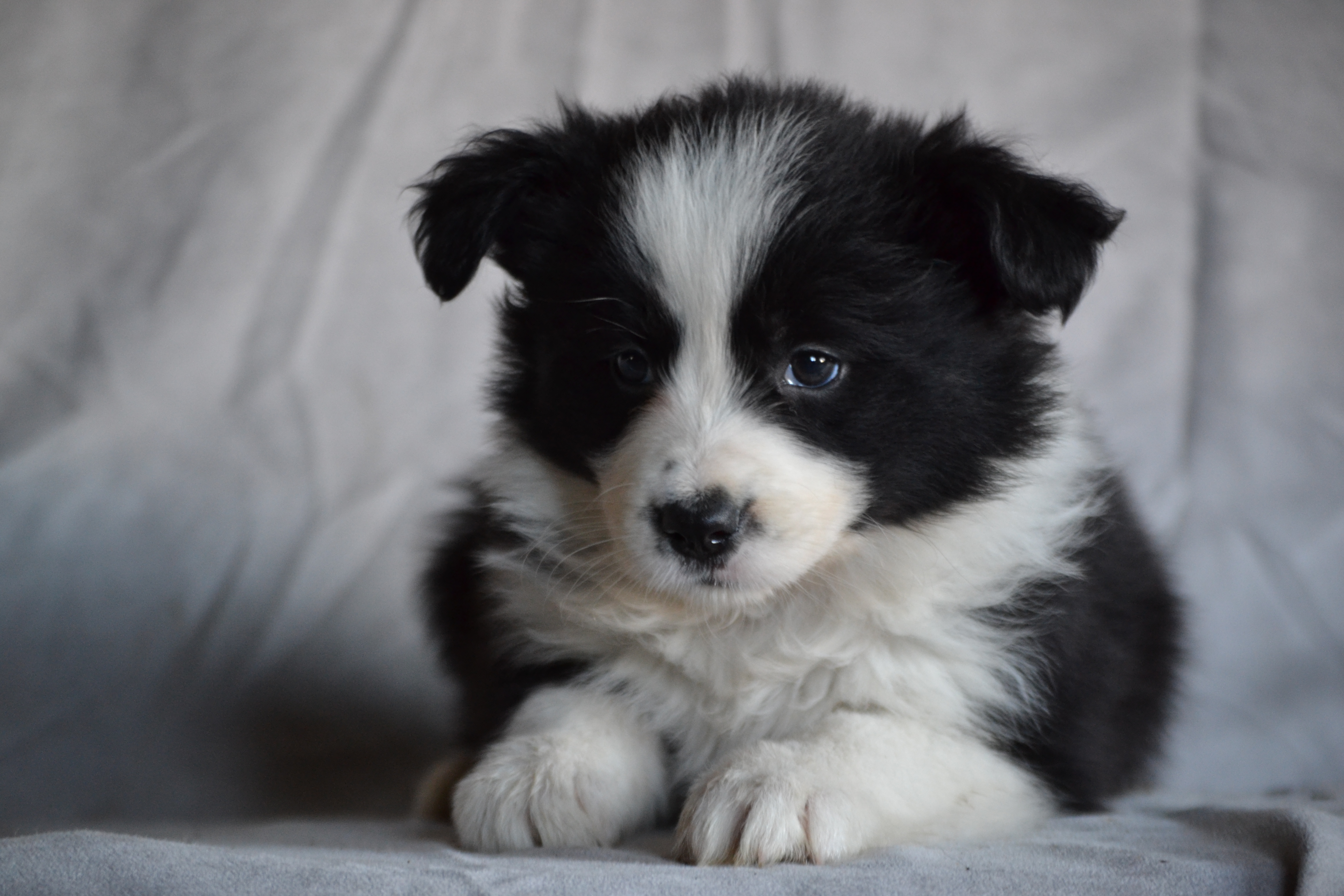 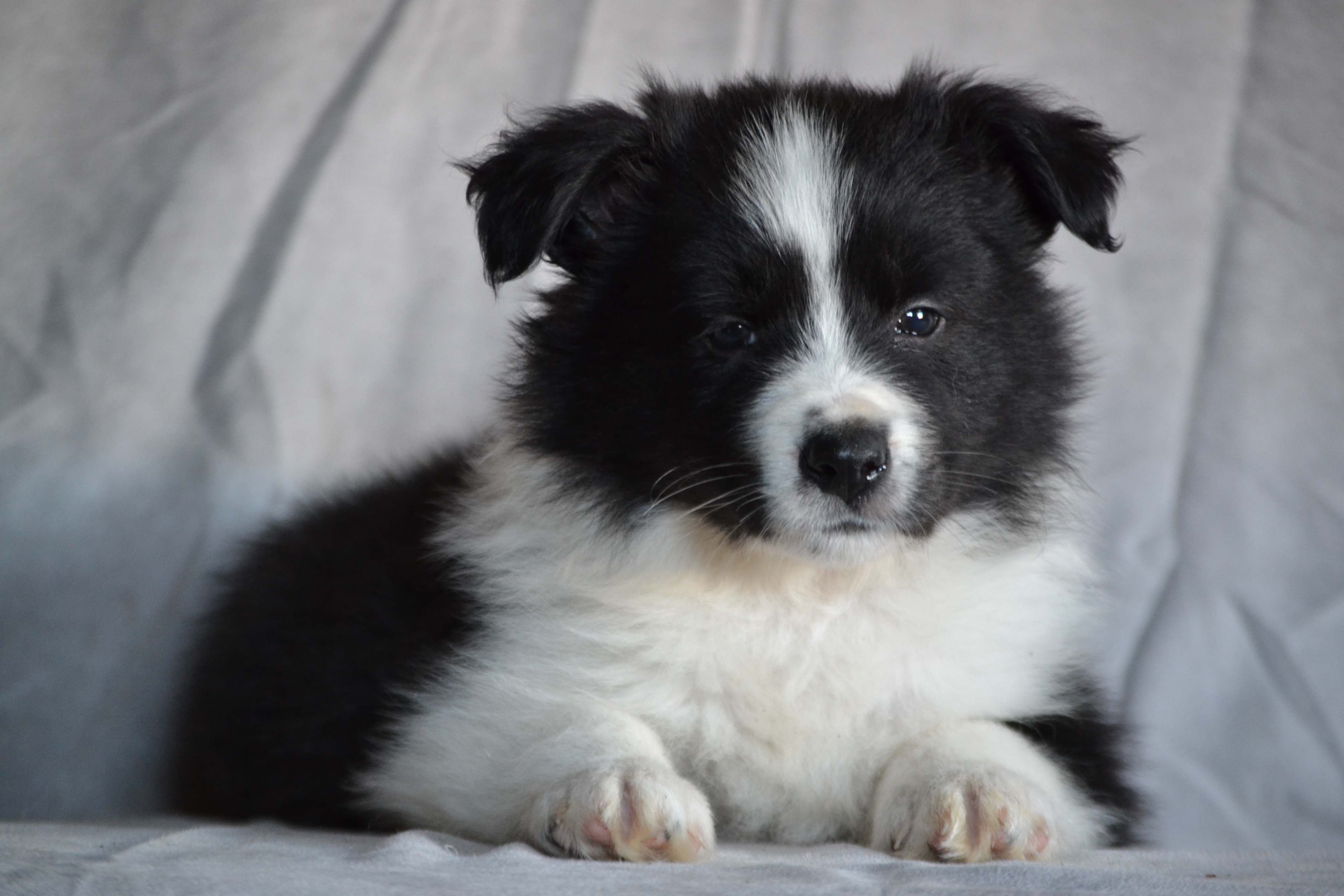 During the seventh week, the vet pays the puppies a visit in order to give them a complete once-over in addition to vaccinating them (before this, we will have de-wormed/ de-fleaed the puppies in accordance with the vet’s instructions). 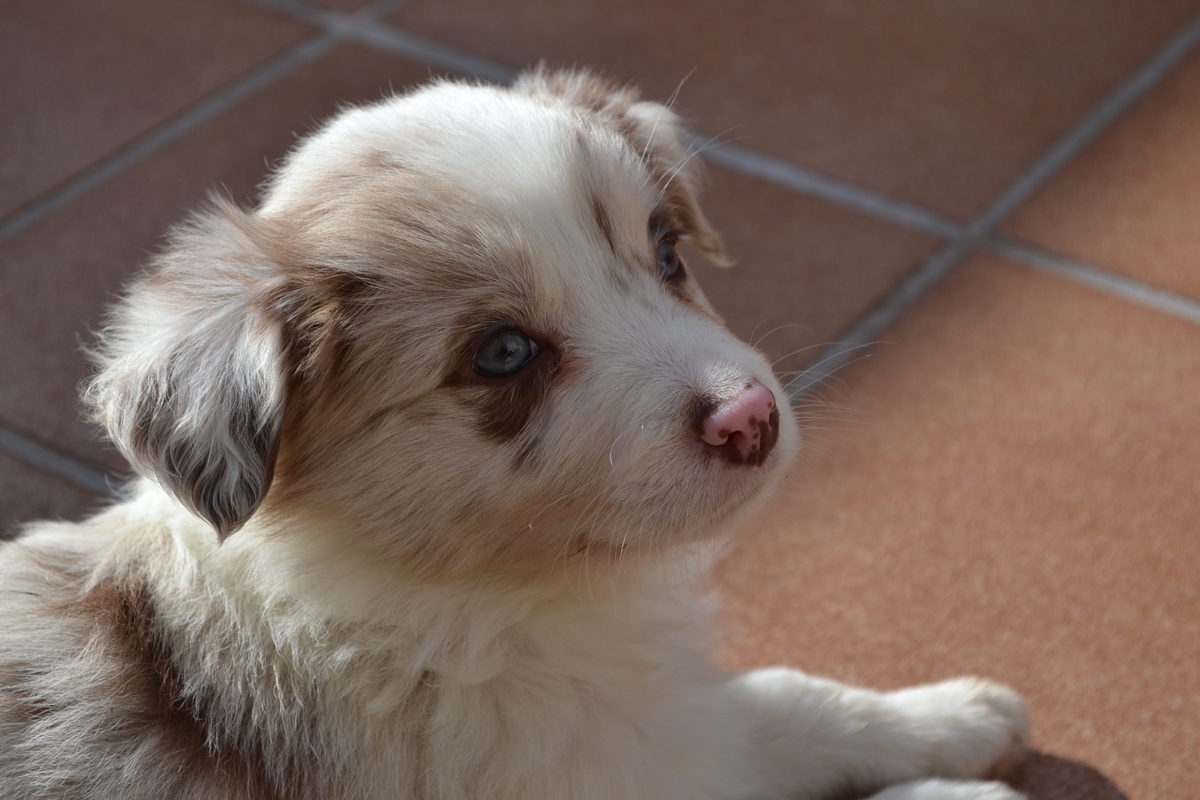 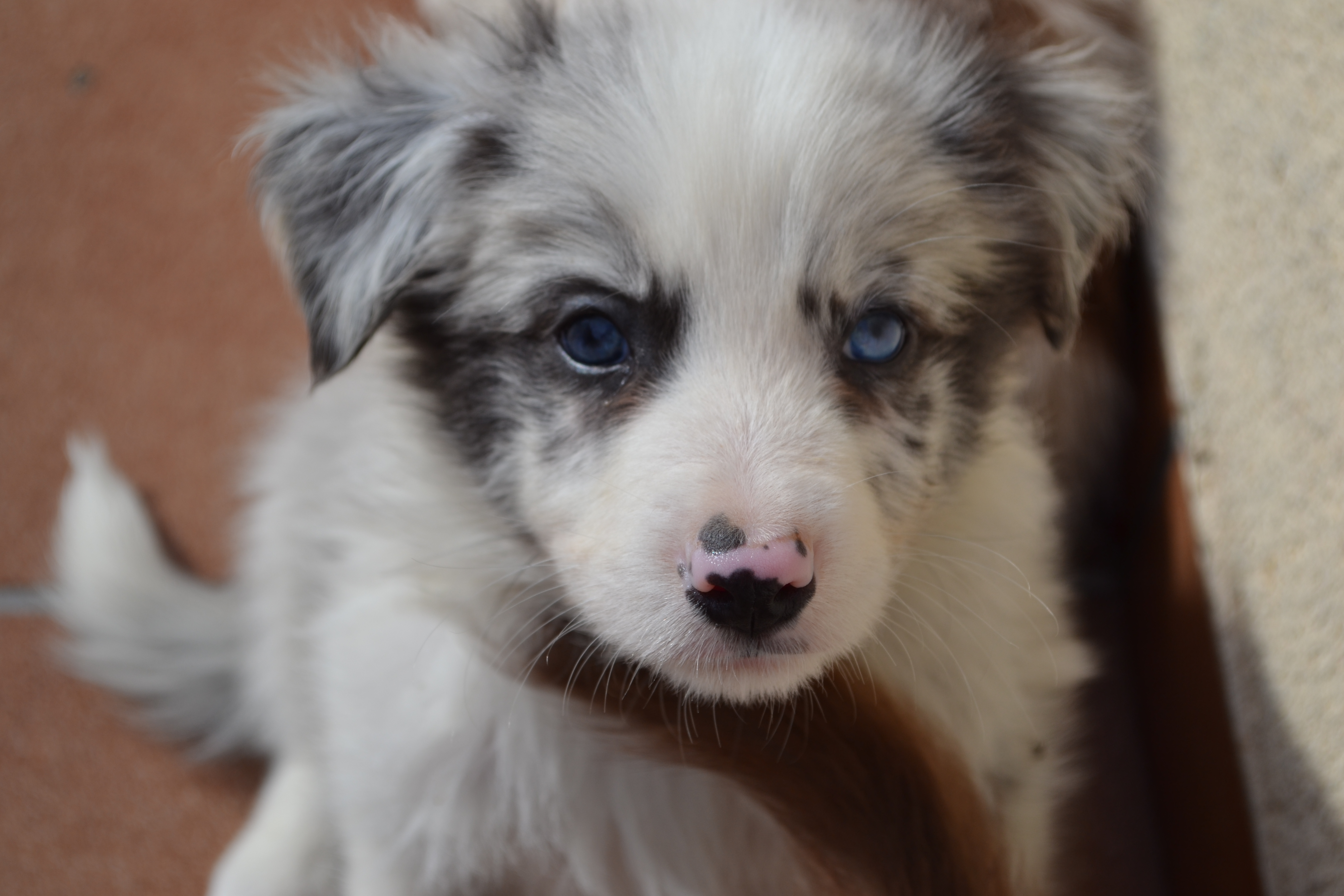 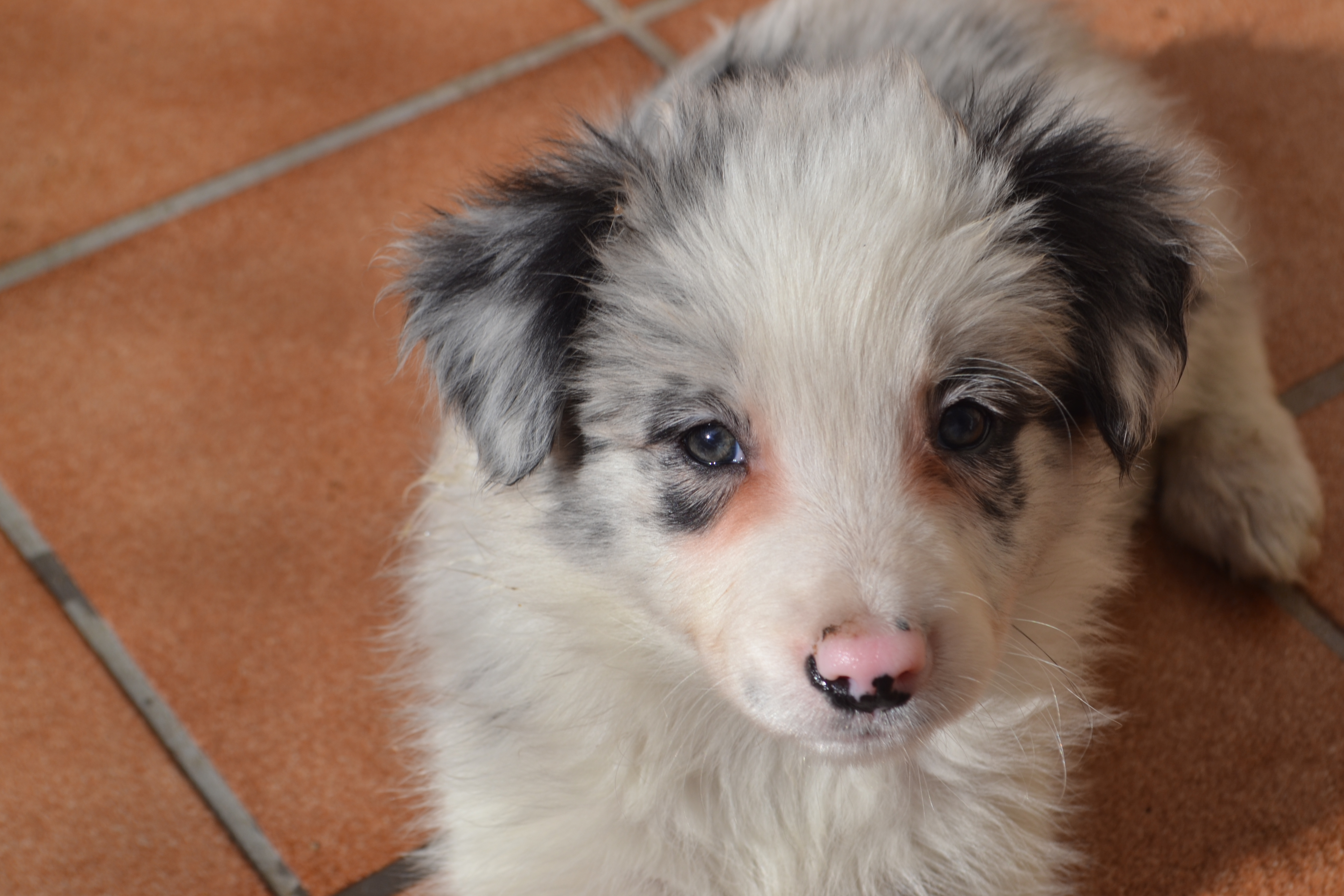 Before we know it, the puppies are two months old and they spend an increasing amount of time away from the mother to be with us in order to facilitate the change of home they will shortly be experiencing. The puppies are now independent, they play, run… To tell the truth, they are good enough to eat!

The puppies are now completely weaned and only eat solids, in addition to yogurt, which they love.

As we hope you will be able to tell, we do all that we know how. Of course we pick them up, play with them, stroke and comb them (who wouldn’t?).

All that we possibly can, and a little something extra. 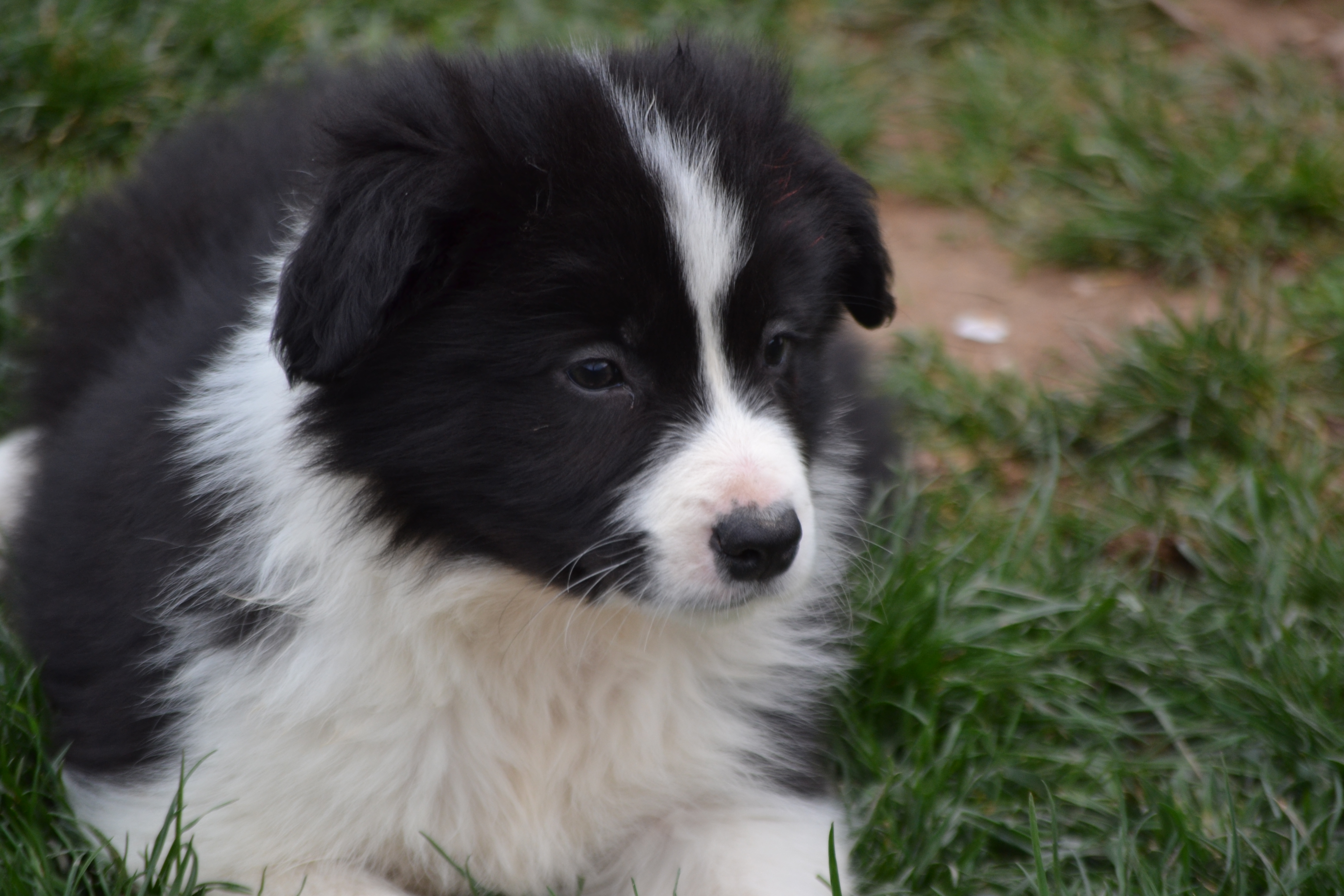 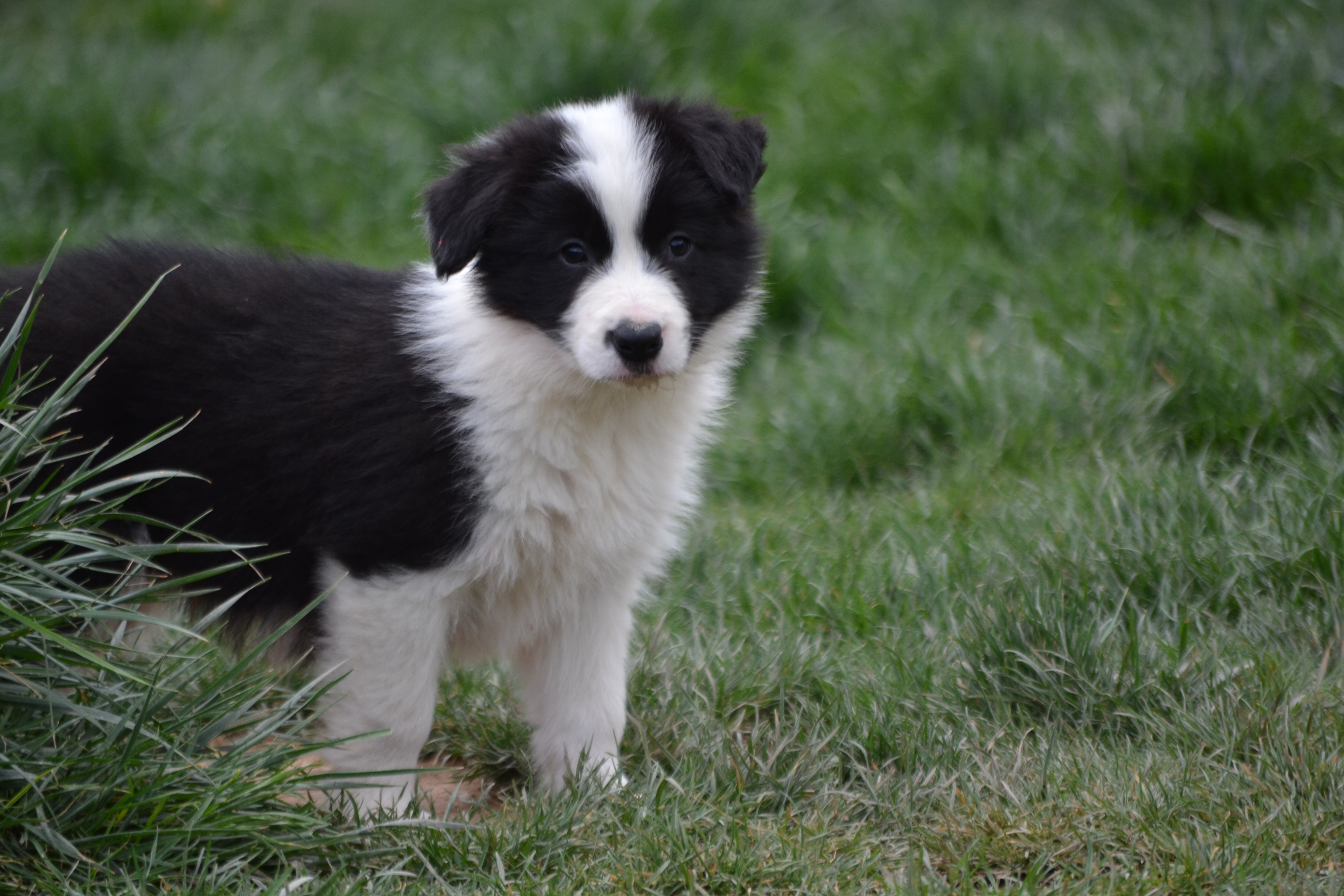 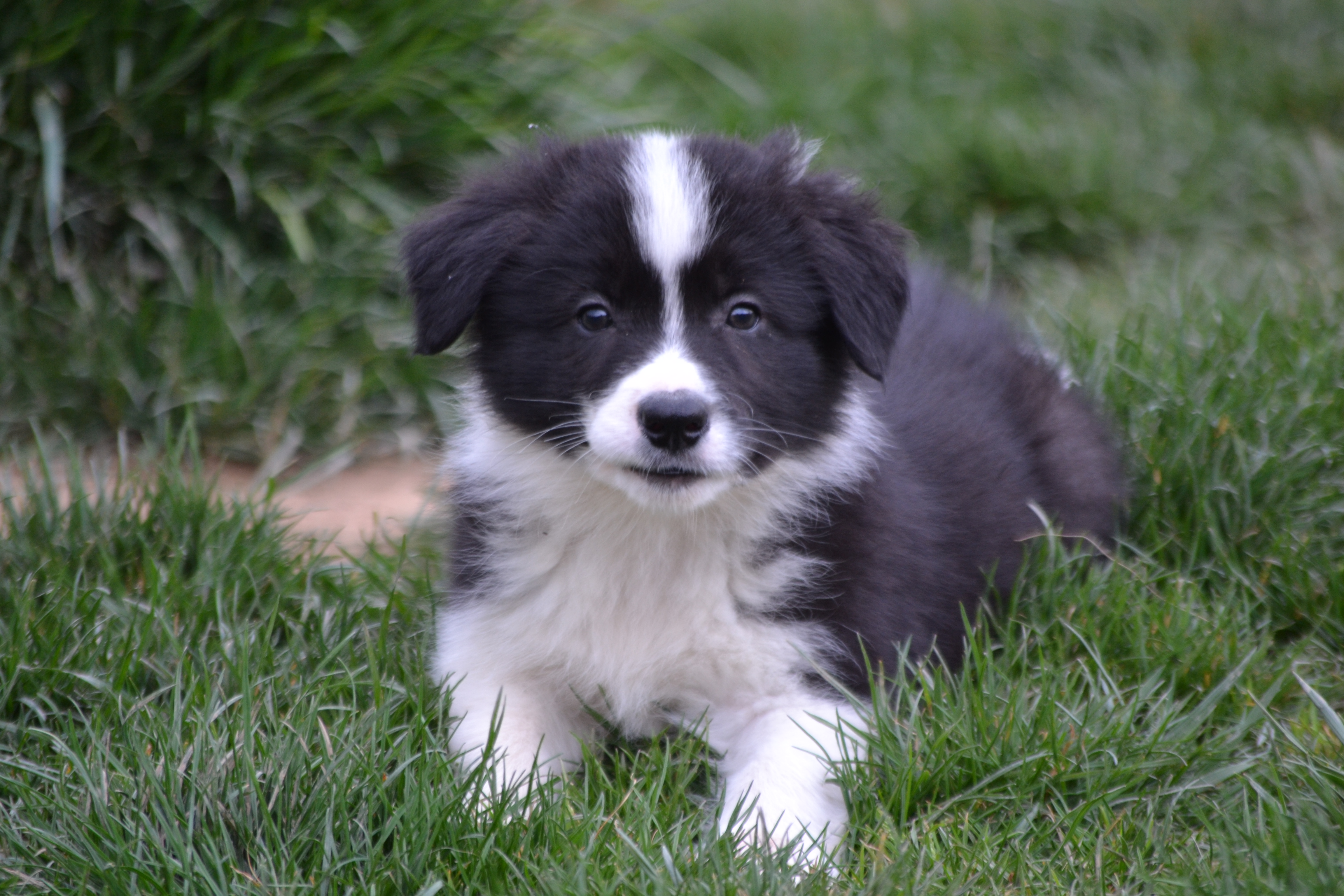